A very old and awful joke says “…it’s easy to give up smoking. I’ve done it loads of times”.

I apologise for even bringing it up, but that is what popped into my head when I thought about clients and OD consultants looking to find the next big thing to implement. We tend to look for these “things” to implement because it is easier to believe that there is a neat simple answer, than to get backing for the gritty sustained day-to-day work of managing and leading…better. Because we also know that ‘quick fixes’ are of dubious value, there is a risk of them being treated a little bit cynically.

I raise this because it partly explains how easily we risk dismissing the genuinely significant concepts, like organisational agility, as fads.

And I don’t only mean that we dismiss these things by ignoring them in our businesses; sometimes we reject them by actually taking on and then doing them in a cosmetic way, i.e. taking an approach guaranteed not to get under our corporate skin. Implementing agility as if it is the next box to ‘tick off’ is a way of avoiding really addressing it at all.

What is it then, if it is not something to do? At the risk of sounding like a cliché, it really is something to ‘be’. And in order to be agile, you have to enter into a process of development to become agile.

Properly awake readers will note that I have managed to say ‘agile’ or ‘agility’ six times, without once explaining what I think it means.

At the simplest level agility is the ability to adapt and move with grace, speed and poise in response to opportunities and threats. It is about being more Humming Bird than Breeze block. 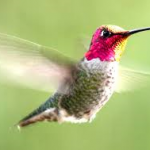 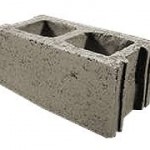 As a quick diagnostic, consider your organisation and say whether you feel it is more like Picture A or Picture B, above. At the end of the article I will reveal which picture is the Humming Bird and which is the Breeze Block.

To be more specific, in a complex and unpredictable world established successful businesses can be held rigid and inflexible by the very dimensions that they feel represent their success:

The organisation’s ability to respond to threats and opportunities can be as hampered by these dimensions as it is enabled.

As an example of one of these dimensions, there is very little that blocks learning better than the belief that you already know what you are doing. In Zen Buddhism there is the phrase:

Becoming more agile often means unlearning and letting go of many things that define the organisation that you currently are. We see and hear a lot of people who know what will and won’t work in their organisations, what can and cannot be done, what their markets do and don’t want. And very often they are wrong. Not because they are stupid but because they are bright, and their reputation has been built upon their brightness and their ‘knowing’. But in a more complex and unpredictable world it is increasingly impossible to ‘know’, and so it becomes more important to have the ability to experiment, prototype, fail small and fast, continuously learn and stay connected.

All of which points to the reason that it is achieved, when it is, through a sustained and committed-to process of organisational development. A workshop is an appropriate way to introduce the topic, but only a thoughtful and responsive programme of true organisational development will help you evolve your real character. In essence it is about developing a complete lifestyle that enables you to be a fitter organisation – rather than hoping two or three visits to the gym plus a week of dieting are going to make you a world class athlete.

A last word on learning agility from Quentin Crisp:

“It’s no good running a pig farm badly for 30 years while saying. ‘Really, I was meant to be a ballet dancer.’ By then, pigs will be your style.”

BACK TO NEWS AND BLOG

Dumbing down?
Scroll to top